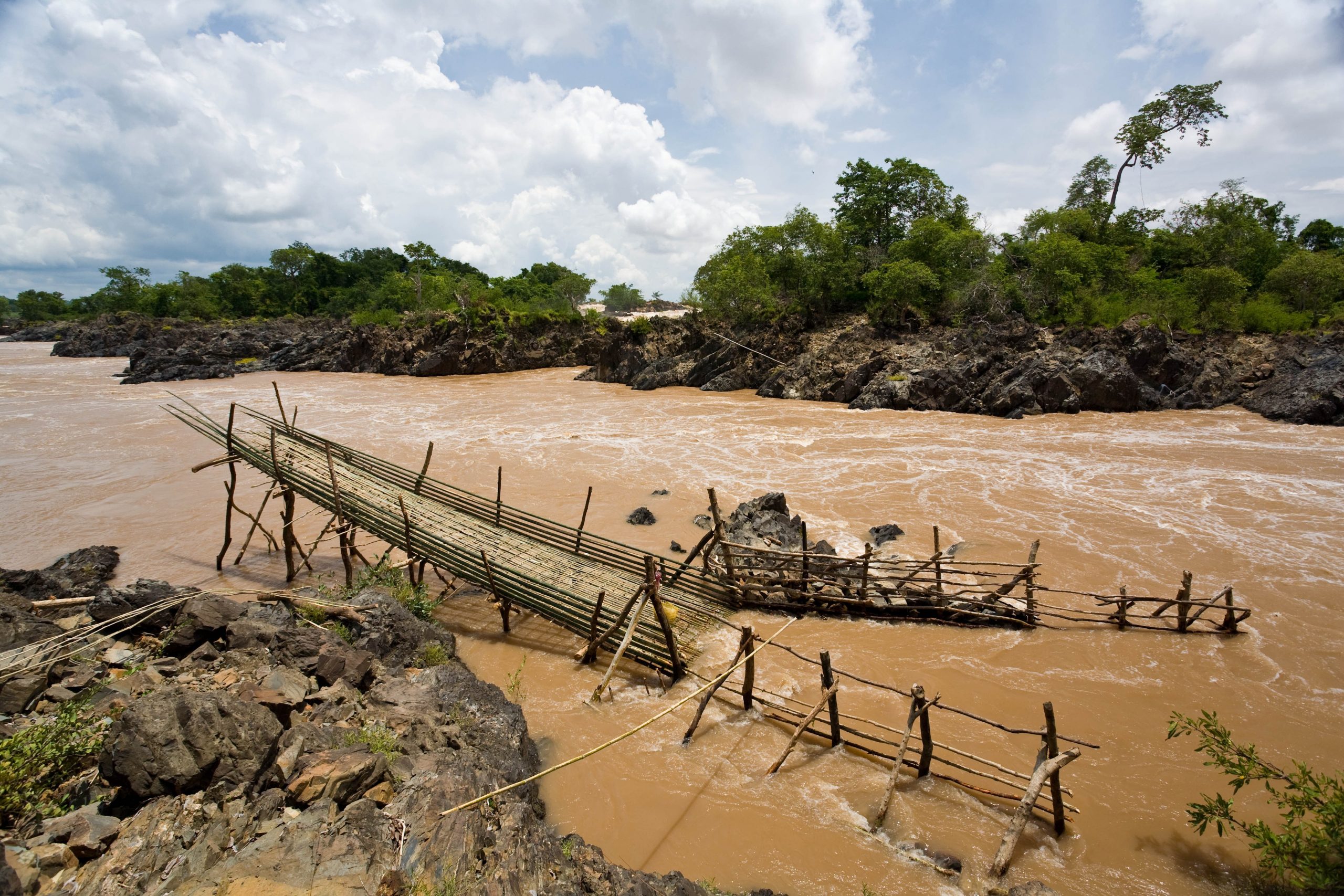 The Mekong is mighty no more: demise of the great river system lamented in Brian Eyler’s new book

Review | The Mekong is mighty no more: demise of the great river system lamented in Brian Eyler’s new book. Author sounds a stark warning about the impact dams are having along the once-mighty river. The Last Days of the Mighty Mekong cites the failures of both Western and Asian agencies, and calls for solutions to stem the damage before it is too late. A bamboo fish trap off one of Laos’ Four Thousand Islands. Picture: Alamy

The Last Days of the Mighty Mekongby Brian EylerZed Books The mystique of the Mekong River has long enchanted explorers, motivated traders and beguiled travellers. Its bio­diversity – including dolphins, crocodiles and almost 1,000 species of fish – has made it one of the great rivers of the world.

The Last Days of the Mighty Mekong sets out to explore the state of a river now suffering from rapid infrastructure development and over-exploitation of its natural resources.

Author Brian Eyler’s focus is the harnessing of the river’s turbulent currents for a cascade of hydroelectric dams, triggering an era of conflict over water resources and environ­mental damage across various borders. Nine dams built along the upper part of the Mekong (the Lancang) in China have already disrupted the flow of the river, transforming its hydrology and diminishing biodiversity.

Eyler notes that in the dry season of 2016, the Mekong dropped so low in the Laotian capital, Vientiane, that people could almost walk across it to Thailand. A mighty Mekong no more. An expert on transboundary issues in the Mekong region, he writes: “With water stored for future use in Chinese dams, the Mekong River falls to unnaturally low levels during the six-month dry season.”

His book combines anecdotes with insights from riverside villages and encounters with those fighting the impact of the dams and climate breakdown as he follows the 4,880km course of the Mekong, from China to the delta, in Vietnam.

In northern Thailand, Eyler meets teacher Niwat Roykaew, a charismatic leader of the Chiang Khong Conservation Group. In the Mekong School for Local Knowledge, set up on the banks of the river, he discovers local expertise that’s often ignored by water-resource specialists in academia and government. To save the Mekong, Chiang Khong has protested outside the Chinese embassy in Bangkok and engaged in discussions with the China Datang Corpora­tion, a developer planning to build a dam at Pak Beng, in Laos. Chiang Khong made headlines in 2016, when a flotilla of long-tail river boats festooned with banners reading “The Mekong is Not for Sale” surrounded Chinese survey vessels near the Thai border town of Chiang Khong. China is blasting more than 330km of rocks, islets and obstacles to allow 500-tonne boats to pass further downriver, to the ancient Lao royal capital of Luang Prabang. The protest was peaceful and the Chinese engineers suffered nothing worse than culture shock, not being used to such protests back home. While China views the creation of the shipping lane as another strand of the Belt and Road Initiative, most Mekong riverside communities view it with alarm.

Eyler marvels at the picturesque geological wonder known as the Four Thousand Islands, an eco-tourism paradise in Laos. But the writer points to the eyesore on the horizon: the construc­tion site of the Don Sahong Dam, the second on the lower Mekong, which highlights the Laotian government’s failure to establish this as a protected area. Construction noise is scaring the dolphins in this area further along the path of extinction.

The fishermen, non-governmental organisations and scientists the author meets all see the myriad islets of the Mekong as vital parts of a larger ecosystem. Dams affect the river’s ability to sustain the food security and livelihoods of more than 60 million people.

One of Asia’s most cherished Unesco World Heritage Sites is Luang Prabang. Its serenity, however, is threatened by China’s commercial expansion, including a high-speed rail link now under construction. “Northern Laos is now like a Chinese colony,” Eyler quotes a Laotian Finance Ministry official as saying. Will this oasis of Laotian heritage be overrun by the neighbouring giant? Or will Unesco take action to protect the soul of Luang Prabang before it is too late?

A larger question is, will the economics of hydropower run aground as climate breakdown exacerbates shortages? Eyler points out that investors in dams may lose interest if there is not enough water to power their investments.

The author, director of the Southeast Asia programme for the United States-based Stimson Center, has long argued in favour of green-energy alternatives such as solar and wind power. But will policymakers and investors abandon hydropower?

Eyler’s book would have benefited from a critique of Western development. Most Western governments and their aid agencies have endorsed “sustainable dams”, but have invariably failed to protect the biodiversity of tropical rivers such as the Mekong.

It is a pity that the book does not highlight the significance of the first of 11 dams planned for the Lower Mekong: the Xayaburi Dam. With no links to China, this Thai-Lao joint venture being built in Laos by the Bangkok-based CH. Karnchang corporation could have been influenced by Western donor nations. The US$3.8 billion Xayaburi – funded by the four biggest Thai banks, with Switzerland and Finland providing consultants – will be completed this year. A dam in a border town between Laos and Thailand, Picture: AFP

Chinese dams upstream have been built without debate or consultation with other Mekong countries. However, the four downstream member states of the Mekong River Commission (MRC) have been subject to a consultation process that includes public forums. More than 100 Thai NGOs, plus their counterparts in Cambodia and the Vietnam Rivers Network, lobbied against the Xayaburi Dam.

If this movement had been backed up by western aid agencies, the Xayaburi Dam could have been stopped, or at least halted pending further studies of the impact of hydropower projects.

That failure has huge implications for the credibility of the MRC’s governance, as the Mekong continues to be killed dam by dam.

The MRC’s landmark “Strategic Environment Assess­ment on Mekong Hydropower Report 2010” recommended a moratorium on all dams on the main stream of the river for 10 years, pending further research into their impact. This was a golden opportunity for Western aid agencies critical of the damage done by Chinese dams upstream to recommend a superior development strategy. But they settled for the World Bank’s nuanced support for hydropower, which is based on mitigating environmental damage to the ecosystem by building “a nicer, gentler kind of dam”.

The Last Days is a timely reminder that one of the world’s most remote and naturally beautiful areas is being trans­formed by industrial and urban development, the scale and pace of which have never been seen before. Eyler makes an erudite appeal for governments to face their past mistakes – including the over-damming of the river – and avert the further “wrecking of the Mekong’s amazing eco-system”.

The Mekong is flowing towards irreversible decline and a tragic point of no return. In an era of worsening natural disasters, it’s vital that the great rivers of the world are preserved to help curb climate breakdown.