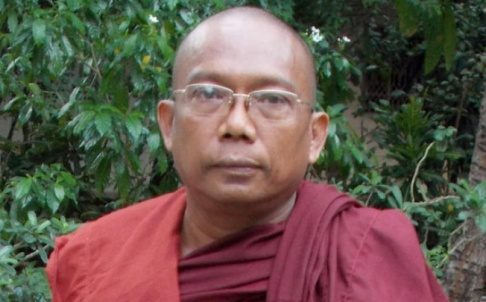 Killing Muslims In The Name Of Buddha

KILLING IN THE NAME OF BUDDHA – How a well-funded minority of Buddhist monks backed by some high-ranking officials have orchestrated a murderous campaign against the Muslim minority.

The image of Myanmar’s Buddhist clergy has undergone a battering in recent months, as saffron-robed monks incite discrimination and violence against Muslim communities.

But while monks have been at the forefront of anti-Muslim mob violence across the country, others continue to preach a message of peace and tolerance and have been organising humanitarian aid for Muslims displaced by the sectarian conflict.

They say they are in the majority, and that monks who rail against the “Muslim threat” are being exploited for a political agenda. The rival forces are at opposite ends of a battle for the very soul of Buddhism in Myanmar.

The central town of Meikhtila bears the ugly legacy of recent anti-Muslim violence. Large sections of the town have been reduced to rubble and a few broken walls – all that remains of what used to be a thriving Muslim community of almost 1,300 houses and shops.

The report released last month said monks forced Muslims to eat pork and pray as Buddhists, under threat of violence and death. “The monk then said, ‘You are under our control, and we can do what we want with you. So pray like a Buddhist.’ And they did,” one Muslim told the PHR investigators.

But at Meikhtila’s Zay Yar Bun Buddhist monastery, senior monk Udamme Thara told the Sunday Morning Post: “I know more than a 1,000 Muslims fleeing from their attackers received sanctuary inside our monasteries. I am sure almost all temples provided safety and saved their lives.”

The monk lamented that “until a few months ago we [Buddhists and Muslim communities] lived peacefully together”.

In Yangon, other monks are organising humanitarian aid for Muslims victimised by the tide of sectarian hatred.

Ashin Issariya, a monk based in the Dhammepiye Temple and Meditation Centre in Yangon, was a leader of the “saffron revolution” of 2007, in which monks led peaceful protests against the dictatorship of that time.

Now, he said, “We are mobilising monks to aid our Muslim brothers.

“Many monks and monasteries have provided aid and sanctuary to thousands of displaced Muslims in now in camps.”

Ashin Issariya is part of a network of 800 monks, including at least 10 other leaders of the 2007 protests. The network sends regular truckloads of rice, clothes and other aid to the predominantly Muslim victims of the recent violence and has been promoting interfaith dialogue with Muslim leaders.

In the most recent outbreak of attacks, more than 1,000 Muslims huddled for protection inside a Buddhist monastery in the northeastern city of Lashio in Shan state.

The roots of the anti-Muslim tide sweeping Myanmar can be traced back decades to close links between Buddhism, nationalism and the state. Nearly 50 years of military rule since 1962 cemented close ties between the junta and the Buddhist hierarchy and promoted anti-Muslim prejudice.

One of the loudest Buddhist voices behind recent anti-Muslim sentiment has been a monk in Mandalay named Wirathu who has demanded a ban on intermarriage and trade between Buddhists and Muslims.

Muslims, who comprise up to 5 per cent of the nation’s 60 million population, represent a “national security threat”, according to Wirathu.

But Ashin Issariya estimates that such extremist monks amount to no more than 50 out of the 500,000-strong monkhood in Myanmar. He concedes, however, that thousands more are influenced by Buddhist scholars who subscribe in varying degrees to the concept of “Islamic threat”.

He said a political agenda had triggered the upsurge in violence, noting that the nationalistic 969 movement that preaches a boycott of Muslim shops “always gets government permits to preach and hold meetings”.

The senior leadership of Myanmar’s monks, the Sangha Maha Nayaka council, has been silent about the role of extremist monks in the anti-Muslim campaigns. The council is largely viewed as a mouthpiece of the government.

The strongest message of non-violence and tolerance has come from Sitagu Sayadaw, 76, a prolific author who is one of most internationally respected of Myanmar’s monks.

In a speech at the Myanmar Peace Centre in Yangon on March 30 he declared: “I, Sitagu Sayadaw, therefore, deeply denounce these religious, racial and commercial conflicts with no exceptions. Lord Buddha teaches non-violence.

“I firmly believe other religious denominations share the same concept, and no god prescribed conflict of any kind.”

He told his audience that all religions “aim for eternal peace of mankind”.