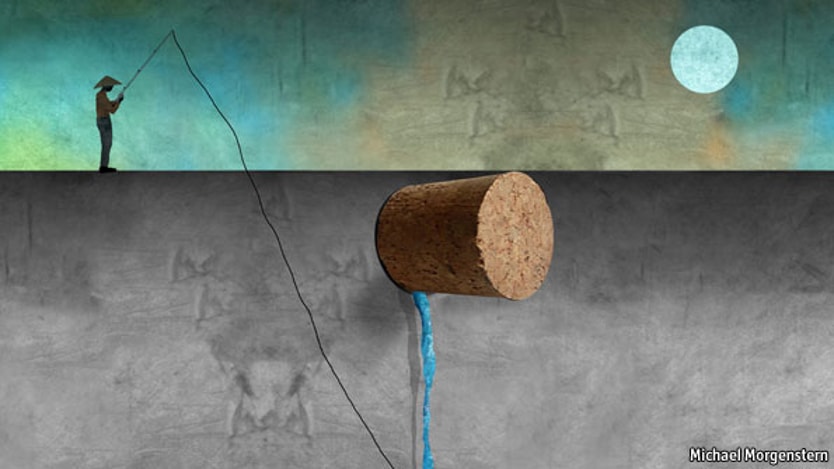 One dam thing after another – Though the Mekong is in peril, riparian governments seem oddly insouciant

CLIMATE change threatens the Mekong river, continental South-East Asia’s lifeblood, at both source and mouth. As glaciers shrink in the Tibetan Himalayas from where the river springs, so will the snow melt that helps to feed it; as sea levels rise, salination will worsen in the Mekong delta in Vietnam at the far end of its 5,000km (3,200-mile) length. Yet it is what is planned in between—no fewer than 19 dams on the mainstream, in addition to dozens on its tributaries—that is terrifying ecologists. The flows of fertile sediment that have for centuries sustained farmers along the Mekong’s banks will diminish. Species of fish that have provided livelihoods and protein for millions of people (some 60m live in the lower Mekong basin) are unlikely to survive the obstacles to their migrations.

Four dams have already been built and another is under construction on the northern half of the river in China, which is hungry for its hydroelectric potential. China argues that its full “cascade” of eight dams, to be completed within a couple of decades, will enable it to help avert the dreadful wet-season flooding to which the region is prone—this year, of course, above all. Yet downstream countries—Laos, Thailand, Cambodia and Vietnam—are nervous about the control over them this will give China. Of more immediate concern is the Laotian government’s determination to build the first mainstream dam south of China, at a place called Xayaburi. It is already building roads to the site, despite calls for a delay from Vietnam, supported by the Mekong River Commission, an intergovernmental body grouping together the four lower-basin countries.