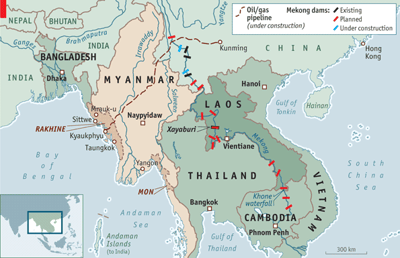 THE Mekong river, snaking its way through the heart of South-East Asia, has long sustained the world’s biggest and most productive inland fishery, supplying protein for around 65m mainly poor people from four riparian countries, Laos, Thailand, Cambodia and Vietnam. But scientists warn that this ecosystem is gravely threatened by the Lao government’s rush to exploit its water resources, egged on by Thai, Chinese and European energy companies.