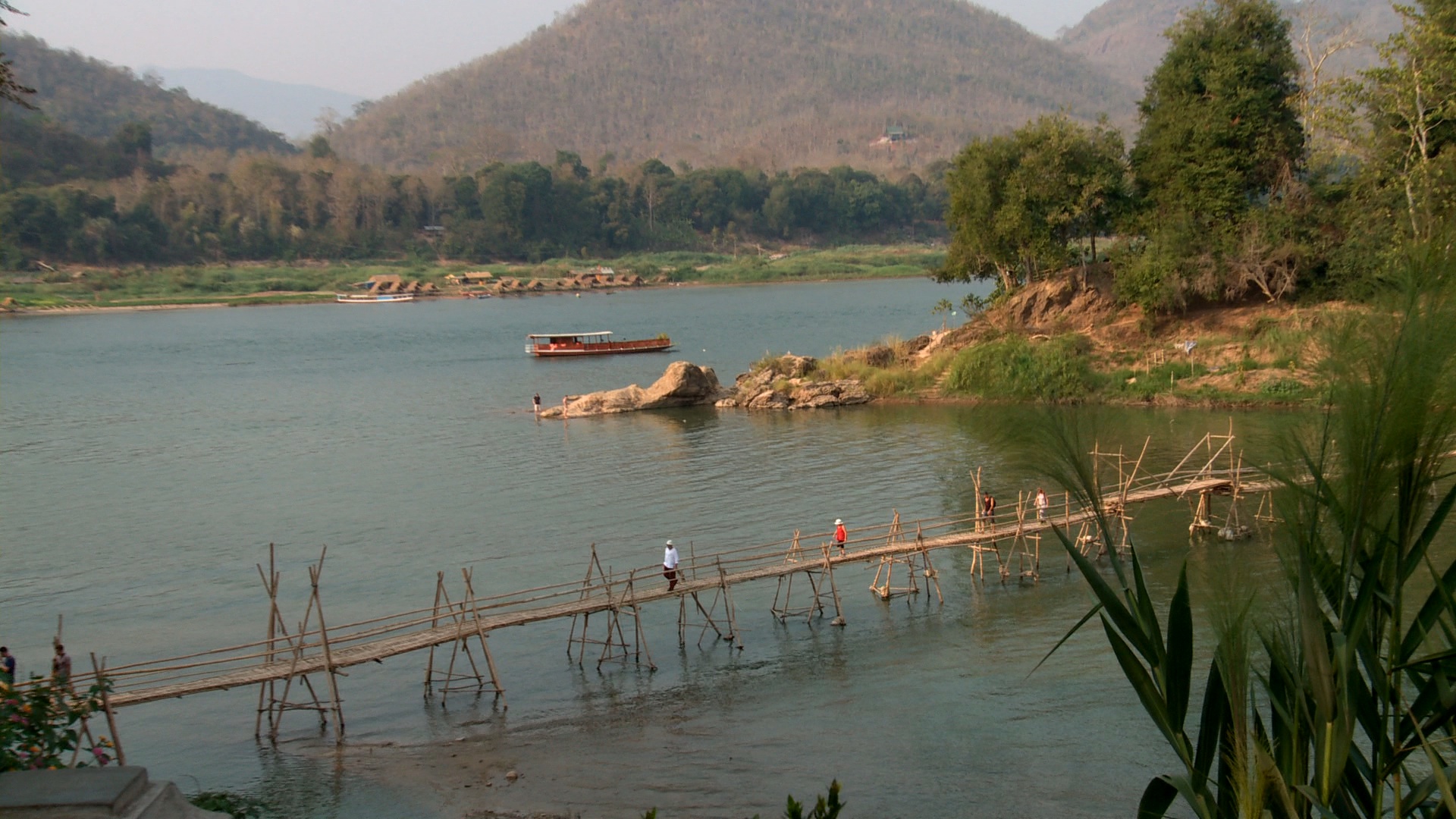 Who Will Save Luang Prabang?

The World Heritage site in Laos is endangered by mega-projects and Mekong dams.

Laos’ ancient royal capital, dating back a thousand years, offers a magical trip back in time to a traditional Asia that is fast disappearing. The unforgettable UNESCO World Heritage enclave comprises over 120 sites of cultural and historic importance, squeezed between cobblestone alleys, ornate temples, and picturesque hilltops, and flanked by the confluence of two rivers, the Mekong and the Nam Khan. To the right is the Nam Khan river and ahead is the Mekong. This charming confluence of the two rivers flanks the inner core of this ancient city; everything between the two rivers is jointly protected by Unesco and the Lao Ministry of Culture. Photo by Tom Fawthrop.

Luang Prabang was once the capital of the powerful kingdom of Lane Xang (the Kingdom of a Million Elephants), whose wealth and influence were linked to its strategic location on the Silk Route. The city was also the center of Buddhism in the region. A local artist and professor, who prefers to remain anonymous, describes the uniqueness of Luang Prabang as the “crossroads where many cultures meet together.”

“It is too bad,” the professor adds, “that ASEAN only cares about corridors of trade, investment, and economy with little interest in promoting a regional corridor for culture.” Thanks to receiving recognition as a UNESCO World Heritage Site in 1995, the cultural treasures of Laos have been well-preserved, winning numerous awards since 2006.

But how much longer can this UNESCO conservation success story be maintained as a cultural oasis while surrounded by the menacing threats of modernity and mega-developments?

The soul of Luang Prabang is under siege. The huge pillars of a new railway bridge under construction, towering over the Mekong, are an everyday reminder of an uncertain future. China’s high-speed rail from Kunming in Yunnan province will be slicing through the beautiful tranquility of Luang Prabang by 2021.

Read Full Article on The Diplomat